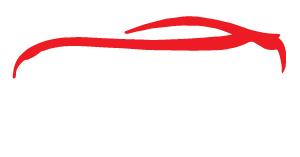 What is a Starter and what does it do?
Your starter is the primary part of your car or truck's starting system, which includes the battery, starter, cables, switches (ignition, clutch or neutral-start), relay or solenoid, alarm system (if you have one), and all of the wiring in between. This can be a complicated system on some vehicles.

It should be noted that the starter's job is actually just to turn the engine over. A multitude of other factors effect the engine starting and running once this has been done.

Also, the starter was designed to crank the engine for just a few seconds. Holding the key to start while the engine turns (or doesn't turn for that matter) will only cause damage to the starter as well as other parts of the system.

NEVER strike your starter with a hammer or hard object in an attempt to get it to start. Most starters manufactured today use permanent magnets in place of field coils.

Grandpa could usually get a few more starts out of his starter with this trick, but if the starter has magnets, you will likely break one or more, rendering the starter totally useless from that point on. This can be an especially bad scenario if the problem was not the starter to begin with.

The battery is the most important part of your starting system. Good starters CAN NOT make up for bad batteries. There are plenty of cheap batteries on the market. Do yourself a favor and buy a good one.

If your starter does not respond to the turn of the key, you can check it with a simple voltmeter, IF you can get to the starter. On some vehicles, this can be a chore in itself.

Connect the negative voltmeter lead to a clean, unpainted part of the starter. Touch the positive lead to the battery terminal post on the starter. You should read battery voltage, 12.6 volts.

Now locate the switch terminal on the starter (the small wire), attach the positive voltmeter lead, turn the key to start and observe the reading. This must be done with the wire attached to the starter so you are checking the circuit under load! Also, watch out as the vehicle may surprise you and start! If it does not start, read the voltage. If the rest of the circuit is good, the reading should be around 11 volts or higher.

Finally, again read the battery terminal post on the starter with the key turned to start. It should only drop slightly when the key is turned to start, no more that half a volt. If all of the voltage readings are correct, you most likely have a bad starter. If you have done this much work, you might as well remove it and have it checked by a trained technician. I would not trust a parts counter salesperson that has to read a manual to run the tester. Most good auto electric rebuilders will look inside, even if it passes a bench test. Passing a bench test does not tell you what kind of condition the internal parts are in, only that the starter is working. All parts usually work right up to the day they fail.

If any of the voltage readings are lower or absent altogether, have the vehicle checked by a mechanic certified in electrical repair. Be sure you don't use a parts changer, as there are possibly many parts in this circuit, some expensive and most are very difficult to get to.

The alternator consists of a spinning set of electrical windings  called a rotor, a stationary set of windings called a stator, a rectifier  assembly, a set of brushes to maintain electrical contact with the rotor, and  a pulley. All of these parts except the pulley are contained in an aluminum  housing. Today?s alternators use compact, electronic voltage regulators  that may be housed inside the alternator or the voltage regulator function  may be handled by the vehicle?s powertrain control module (PCM).

The alternator generates direct current for recharging the battery  and for powering vehicle electrical loads.

Have the alternator?s drive belt tension  checked at every oil change. A loose belt can reduce alternator output and  run down your car?s battery. Each spring, prior to travel season, it?s wise  to have your car?s charging system tested as part of a comprehensive  starting, charging and battery test. This test will determine whether your  car?s alternator is putting out the proper amount of current and voltage. Your car?s alternator is designed to recharge the battery after slight  discharging such as engine starting; the alternator is not designed for  charging heavily discharged (?dead?) batteries. Relying on the alternator to  charge a heavily discharged battery can overload the alternator and cause damage. In such cases, use a battery charger instead. An alternator  problem can cause a discharged battery, poor accessory and light  operation, frequent bulb replacement, repeat voltage regulator failures,  erratic engine operation, or a dashboard warning light to illuminate. To  pinpoint the cause, have your car?s charging system checked out by a  qualified service technician. Life expectancy of the average alternator is  75-100 thousand miles.

Standard Automobile Alternator
A key component of an automobile's charging system, which provides  current to recharge the battery and develops electricity to power all other electrical components when the engine is running, is the alternator. The other component of the charging system is the voltage regulator. The basic function of the alternator is to generate the electricity required to start and run the automobile, while the regulator is designed to control the amount of voltage that circulates through the system. This discussion will focus entirely upon the alternator, specifically, the principle of operation by which it works and its main components. An alternator (Fig. 1) consists of rotor assembly, a stator assembly, and a rectifier mounted in a housing.

Fill out the form below and we'll be in touch soon.